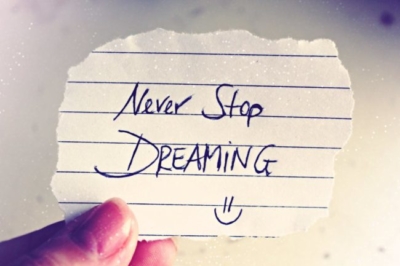 Wisdom comes from unexpected places, and the lessons learned through a lifetime of hard knocks are often more valuable than those learned in any classroom. The quotes on goal setting below reveal some clutch lessons in determination from some unexpected sources.

Thoreau was an early pioneer of a hybrid literary-philosophical school of thought known as transcendentalism. Its proponents believed in the true inner goodness of human beings, and maintained that people were best served living totally independent lives free from the confines of organized society. In some ways, they were the spiritual predecessors of the hippies and new-age spiritualists of the 1960s. It may come as a surprise, then, that someone like Thoreau could offer such an apt take on getting the job done. But his quote on goal setting rings true nonetheless. Thoreau reminds us that the act of actually achieving goals is less important than going through the process of working towards it. It’s a process that builds the discipline, diligence, and determination you’ll need to complete more goals in the future. And he reminds us that each completed goal changes us as people, making us more complete individuals.

“Everybody has goals, aspirations or whatever, and everybody has been at a point in their life where nobody believed in them.”  — Eminem

Sure, it’s easy for superstar rappers to wax philosophical about goal setting; after all, they’ve already “made it”. Who are they to preach to everyday folks about struggle, determination and self-belief? In Eminem’s case, however, the man can speak with authority. Having started from nothing, the artist formerly known as Marshall Mathers set the goal of rising from the slums of Detroit to become one of the most celebrated hip-hop artists of all time. He had that goal in the bag before his 21st birthday. His quote on goal setting imparts the valuable lesson that one must be comfortable deciding on objectives even when there’s no one around to lend a helping hand. He who can keep his sense of determination even without friends cheering him on is destined for great things.

“People are not lazy. They simply have impotent goals – that is, goals that do not inspire them.”  — Tony Robbins

Choosing the proper goals is as important as actually pursuing them. That’s the gist of this quote from legendary motivational speaker and self-help guru Tony Robbins. While Robbins might be the kind of person whose name you’d expect to appear on a list of quotes about goal setting, the message here is a unique one: what you choose to chase everyday is as important as the resolve you show when chasing it. You need a personal connection to your goals. If, for example, you choose to pursue a career in a field that promises a comfy salary, but doesn’t align with your passions, you’re already set-up to fail. Your goals have to reflect what’s really in your heart.